Modern camera equipment is opening the door to the stars for many photographers today where previously it would have been too expensive or impractical. In the past few decades, full frame DSLRs and mirrorless cameras have allowed photographers to capture detailed images of the night sky with relatively low noise. It’s no wonder that astrophotography (and landscape astrophotography in particular) has grown in popularity.

Star trackers are nothing new. These popular tools are used to take longer exposures of the night sky by compensating for the rotation of Earth and following the stars. This allows longer exposures where the stars would otherwise blur due to their motion. By tracking, we are able to shoot for much longer, in some cases multiple minutes, allowing capture of more detail in the night sky and sharper photographs.

However, most star tracker options on the market are big and bulky, and often expensive. This is where the Move Shoot Move (MSM) star tracker comes in, as one of the smallest trackers on the market. It’s the MSM’s light weight and portability that attracted me to it. As a landscape photographer, being able to pack a star tracker in my kit bag along with camera bodies and lenses, and not have it break my back on my hike to a suitable dark sky location is an irresistible bonus.

I purchased the MSM Starter Kit, which comes with the star tracker rotator, additional ball head to mount to the rotating disc, and a laser pointer with a mount for polar alignment of the tracker. Setting up the MSM tracker is straightforward; an Arca-Swiss style plate attaches to the bottom of the tracker, which can then be secured to a tripod. The ball head provided in the Starter Kit attaches to the rotator plate on the front of the MSM via a screw, which is also provided. The laser pointer is also easy to set up as it attaches securely to the side of the tracker using the mount provided. Your camera can then be attached to the ball head on top of the tracker and you are ready to start aligning.

Aligning any star tracker for widefield imaging is easy if you’re in the northern hemisphere; just point your tracker towards Polaris. The laser pointer that came with my MSM bundle is powerful enough to easily see your position in the night sky for polar alignment. But aligning using the ball head is clunky and requires steady hands and patience. Move Shoot Move does offer a wedge for refinement, and a polar scope which can also be obtained as part of the Basic Kit C or Complete Kit bundles.

To begin tracking with the MSM is simple. There are 2 buttons on the side of the MSM, for power and configuration. Hold the button next to the power symbol in to power the device on and off. Pressing the same button while the tracker is on will switch from northern to southern hemisphere configuration. The second button allows you to change configuration from full star tracking to half, 0.075 step, 0.05 step, 0.01 step and 0.125 step. So far, I have only found use for the full star tracking mode as I prefer to shoot foregrounds separately.

Putting it to the Test

On a recent trip to the Canary Islands, I had the opportunity to test out the MSM and push it to its limits as I tried it with a variety of focal lengths and lenses. The MSM is designed for widefield landscape astrophotography, and most of my images were taken with a 24-70mm f/4 lens in the 20-35mm ranges. Even at 35mm I was able to expose for over 2 minutes with my stars remaining sharp. I didn’t have to be too precise with my polar alignment, but I noticed that alignment had to be repeated occasionally due to movement of the camera load on the tracker when refining compositions. This wasn’t too much of a big deal but it’s worth noting that polar alignment needs to be checked after any movement of the camera and ball head due to the lightweight nature of the tracker.

At 35-50mm I found that when exposing for three minutes or more on the MSM I was starting to push my luck. At 35mm, although three minutes still gave me an acceptably sharp image, I noticed a small amount of star trailing when I zoomed in closer. For a typical Instagram shot I doubt this would pose much of a problem, but for a larger format such as a print this would be noticeable. The use of a polar scope may have helped me to more precisely align but at the time I only had the laser pointer at hand.

Finally, I was able to test out the MSM tracker at 100mm using a heavier 70-300mm lens. I expected to have to keep the exposure much shorter, around one minute. But to my surprise I was able to get a reasonably good polar alignment quite effortlessly and expose for 1½ – 2 minutes with acceptable sharpness.

Overall, I was pleased with the results that I got with the Move Shoot Move star tracker, and it’s a tool that I am happy to keep in my kit bag. If you’re looking for precise polar alignment that will allow you to pull out detail in the night sky with longer focal lengths then this is probably not the tracker for you. However, if you’re someone who, like me, enjoys wide angle landscape astrophotography and are looking for a tracker that is lightweight, portable and a good value then the MSM is well worth considering. 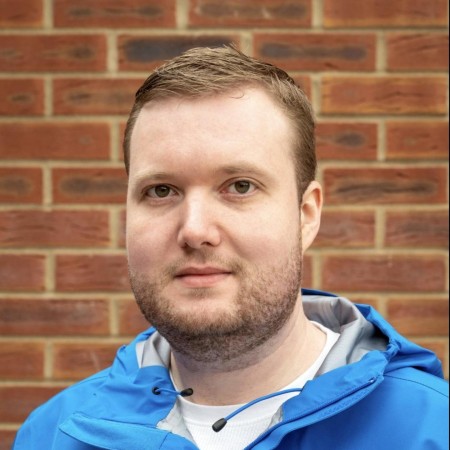 I am a consultant software developer and a keen landscape photographer and astrophotographer. I first became interested in the night sky after receiving a telescope as a gift for my birthday when I was young. I rekindled my interest in astronomy after photographing the Milky Way for the first time when I picked up a camera in my 20s, and I became hooked. I've been passionate about photographing the night sky ever since. I now spend most of my spare time seeking out stunning landscapes and dark skies to fuel my passion for photography.