Plus: Excellent mechanics and optics at an attractive price.

Minus: Some lateral color at the edge of field; some minimal light scatter.

Summary: The Baader Morpheus series competes with the best eyepieces in all aspects of optical performance, offering a comfortable viewing experience at a mid-range price.

Who Are They For? Observers looking for long eye relief yet wide field of view in lightweight eyepieces.

Baader’s Morpheus eyepieces provide a level of performance a cut above their popular Hyperion line, with a wider 76º apparent field of view (AFOV) and a proprietary 8-element design incorporating rare-earth glasses.

The Morpheus eyepieces present a lightweight, yet solid construction. With a sealed watertight build, no portion of the eyepiece separates or unscrews. The only option is to unscrew the top eye guard to replace it with the supplied winged eye guard, useful for binocular viewers. The M43 photo-visual threads on top can be used to attach cameras for eyepiece projection and “digiscoping.”

The large lettering glows in the dark for ease of identifying the eyepieces. However, I found they would soon lose their glow. To re-energize them, I had to close my eyes to retain my dark adaptation and briefly shine a light on them.

I found the dual-barrel’s safety kerfs provided minimal protection from having a loose eyepiece fall out. However, unlike undercut designs, they did not get hung on compression rings or cause improper seating when used in binoviewers.

Eye relief is a comfortable 17mm to 21mm across the series. The large 37mm-wide eye lenses are flat and inset less than 1mm from the top housing, allowing almost all the available eye relief to be used, unlike some eyepieces that waste eye relief by seating the eye lens too far down into the housing.

While the Morpheus are a little long, their 55mm barrel width makes them usable on a binocular viewer, with their light weight (11 to 13 ounces) causing no balance issues on my telescopes.

I compared each Morpheus to Pentax XW eyepieces (at $300 each), as their 70º field of view and 20mm eye relief are in the same class. However, for some tests I also used Takahashi Abbe Orthoscopics as a basis for comparison. Without a set in hand, I did not compare them to Tele Vue 72º Delos eyepieces which also have similar specs, but at a higher price ($360) than either the Morpheus or Pentax XW series.

I saw no ghosting, flare, or other stray-light artifacts regardless of where the Moon, a planet or a bright star was placed within or just outside the field of view.

Scatter was also nicely controlled. When observing bright stars such as Vega and Arcturus through the 152mm and 102mm refractors, scatter appeared slightly more than through a similar focal length Pentax XW or Takahashi Abbe Ortho. On Saturn the results were similar, with the slight extra scatter of the Morpheus not enough to impact the details on the planet.

In this test I looked for how bright a celestial target appeared and the furthest extent of the deep sky object. Compared to the corresponding Pentax XWs, and the 9mm Morpheus against the 9mm Takahashi Abbe Ortho, image brightness and contrast appeared similar in all the eyepieces. The faintest stars in clusters and the faintest moons of Saturn were equally visible.

With M81 and M82 all eyepieces performed equally, with the two Messier galaxies set against a dark background, and appearing similar in brightness, structure and extent.

The perceived contrast of celestial targets was also on-par. For example, the Ring Nebula showed a richly dark center contrasted by the rim of the nebula, while lunar features showed their most subtle tonal variations in favorite test areas such as Schröter’s Valley and in the lava flows around the crater Clerke.

Over many evenings observing Saturn, the Morpheus and XWs proved very close, with the Takahashi Orthos slightly better for perceived contrast, especially in the stark black of the Cassini Division. All three eyepiece brands provided competitive views and proved excellent for sharp and comfortable planetary observing.

In the Morpheus, color saturation of stars such Albireo and various carbon stars also matched the Pentax XWs and Takahashi Orthos.

For the 14mm through 6.5mm Morpheus, the background field was uniform and richly dark. The 4.5mm Morpheus did show a brightening in the outer 10 to 15 percent of the field with my TSA-102, Lunt 152, and XT10 telescopes, but was less prominent in the f/10 Meade SCT.

Stars remained sharp to the edge in all telescopes, without any field curvature or astigmatism, including in the f/4.7 Dobsonian with a Tele Vue Paracorr coma corrector. As an example, in M13 all the stars in the globular cluster remained pinpoints, regardless of where the cluster was in the field.

The only off-axis aberration I noted was some lateral color on bright stars and the limb of the Moon with the larger aperture telescopes. The 14mm and 12.5mm showed the most lateral color, but still at a level I would characterize as well controlled, and starting about 20 percent from the field stop in the Dob.

Without the Paracorr in the XT10, all the Morpheus eyepieces behaved the same — brighter stars were overwhelmed with coma as the primary aberration in the outer part of the field, with the 12.5mm and shorter eyepieces performing the best.

As my testing progressed, I found myself reaching for a Morpheus rather than a Pentax XW because I was enjoying the Baaders more. The 70° field of the XWs started to feel constrained next to the stated 76º field of the Morpheus, which I measured to be 77º in all the models.

Compared to views through a 4.7mm Meade 5000 UWA, the field of the 4.5mm Morpheus appeared more similar in size than different. I generally don’t like current 82º-field eyepieces because I find I need to place my eye too close for comfort to see the entire field. With the Morpheus I could stand off a good distance and still see the entire field at a glance. This makes for a more pleasant viewing experience.

Eye positioning was also comfortable, rivaling that of the Pentax XWs, with no issues of blackouts or kidney-bean shadows.

In all, Morpheus eyepieces just get out of the way, making observing with them a wonderfully engaging experience, either in single-eyepiece viewing or when used in pairs on a binocular viewer.

Overall, the performance of the Morpheus eyepieces was competitive with other top-tier wide-fields like the Pentax XWs, and I found their apparent field very close to that of 82º-class eyepieces, but with superior comfort and usability. The Morpheus series delivers premium-level performance at an attractive price point. 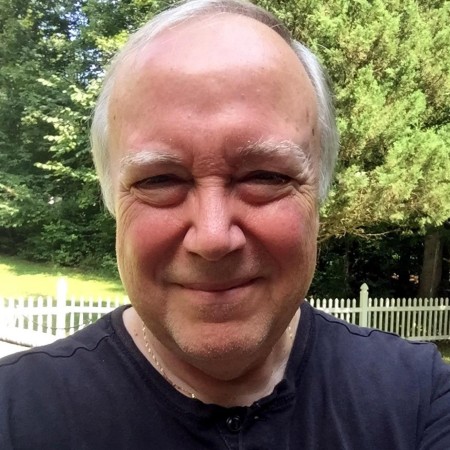 William "Bill" Paolini has been actively involved in optics and amateur astronomy for 45 years, is author of the desk reference on astronomical eyepieces: Choosing and Using Astronomical Eyepieces which is part of the Patrick Moore Practical Astronomy Series published by Springer of New York, has published numerous product reviews on major online amateur astronomy boards, and volunteers with public tours at a famous vintage Clark refractor site.