Minus: Heavy and bulky; images are soft in corners

Summary: The Sigma 14mm f/1.8 DG HSM Art lens (MSRP: $1599) is the fastest wide-angle lens around and an impressive lens for nightscape photography using full-frame DSLR cameras. However, it’s a heavyweight option in more ways than one.

Who Is It For? Nightscape astrophotographers looking for clearer images of the Milky Way.

It’s brilliant, but it’s heavy. You could say that about a lot of astronomy-related gear, but the Sigma 14mm f/1.8 DG HSM Art lens turns out to be worth its weight.

Sigma’s wide-angle lens is ideal to shoot long exposure night-scape photographs – the classic being panoramics featuring the Milky Way. The whole point for the Sigma 14mm Art’s existence is that it offers an extra f-stop over competing wide-angle lenses.

While most lenses go down to f/2.8, the Sigma 14mm Art lens achieves f/1.8. That’s fast glass. It means you capture as much light in, say, 10 seconds that competing lenses will take 20 seconds to collect.  This means the photographer can experiment with much shorter exposures – and so capture sharper stars – and use lower ISOs, which in turn means less noise in the finished images.

Let’s first dwell on exactly how annoying Sigma’s lens is to travel with. At nearly 2.5 pounds in weight, it’s about twice as heavy as other wide-angle lenses. The lens is also saddled with a very bulbous, fisheye-shaped lens that does take a little looking after. It also means that images need to be lens-corrected in Photoshop afterwards (and, yes, there is a little distortion in the corners of images), but for that irritation you get a 114° field of view.

Available for Canon, Nikon, Sigma and Sony (E-mount) DSLR cameras, the lens itself has 16 elements in 11 groups, and a 46-megapixel APS-C X3 direct image sensor. The entire lens has a dust- and splash-proof design, the former of which was handy when I took the lens on a two-week trip around Namibia. Its weight did occasionally feel cumbersome, though I used a Canon-fit version of the lens with a reasonably lightweight full-frame Canon EOS 6D to lessen the combined bulk.

The first thing I noticed when swapping from using a Samyang 14mm f2.8 lens to the Sigma 14mm Art was that the Sigma lens had a sharp ‘infinity’ focus right out of the box. Secondly, I noticed that exposures using the Sigma 14mm Art made the Milky Way and even delicate zodiacal light easily visible on the camera’s LCD screen. However, the talents of the Sigma 14mm Art stretch way beyond making it easier to frame astro-landscapes when out in the field.

While in Namibia I experimented with the Sigma 14mm Art by taking various single exposure photographs of the Milky Way. Our galaxy showed up perfectly well after a 10-second exposure at ISO 3200, and in fact exposures longer than 20 seconds, or while using higher ISOs of 6400 and above, quickly easily created a danger of over-exposing the Milky Way. That’s a new one on me; I even had to start thinking about purposely collecting less light.

Overall the Sigma 14mm Art lens proves an excellent choice for wide-field astrophotography. It’s a heavyweight option, for sure, but it’s also worth its weight in gold for galaxy-hunters. 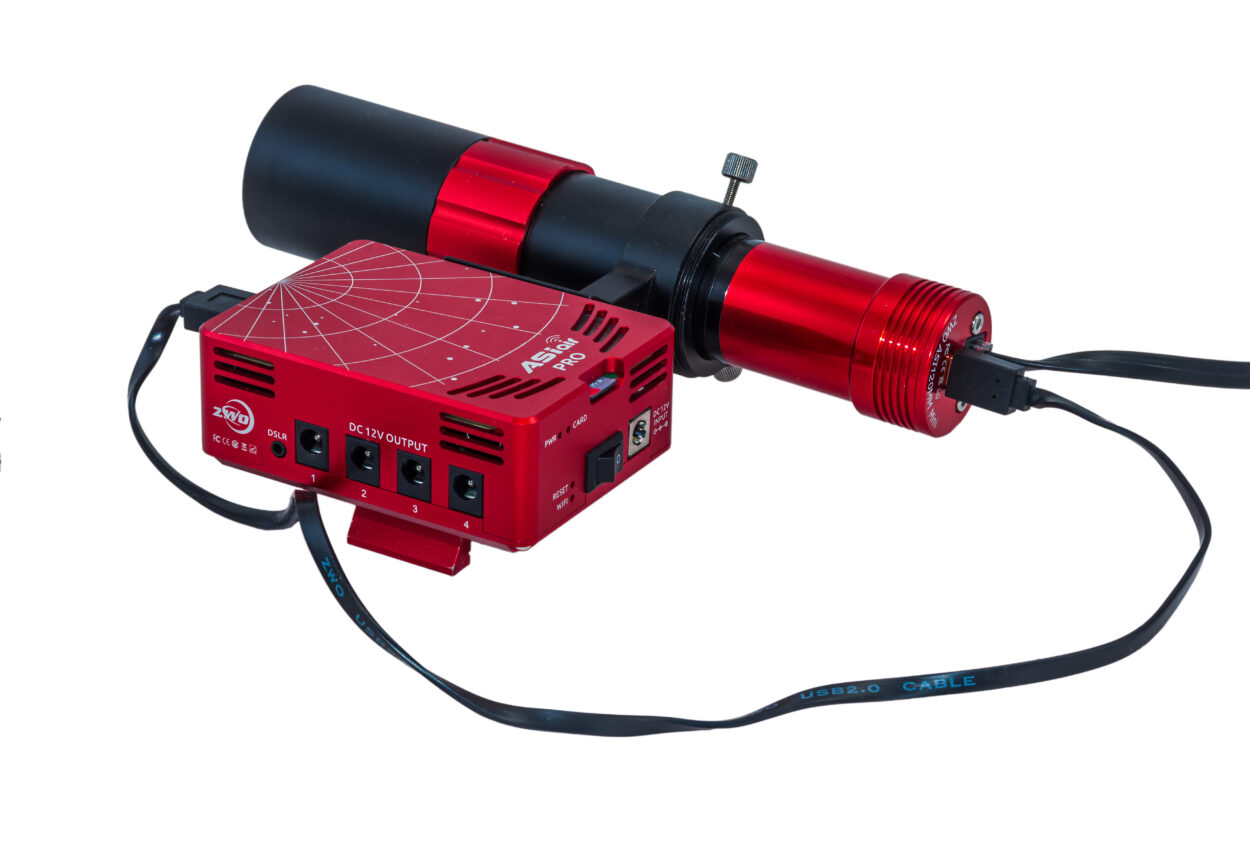 The Lacerta MGEN3 is a truly stand-alone autoguider with advanced functions such as camera control, dithering and polar alignment assistance. Plus: Truly stand-alone; easy... It’s a common refrain, heard at many a modern star party. “Can I take a photo of that?” an eager viewer will say, pulling...