For ‘white light’ viewing of the Sun’s photosphere, many casual solar observers use front-mounted solar filters made from glass or a specialty solar film. Such filters pass a tiny fraction of the sun’s light through to the eyepiece, and they work well at low magnifications for getting views sunspots, faculae, solar granulation, and limb darkening. But to get the sharpest white-light images, serious solar observers often turn to a solar wedge (sometimes called a Herschel wedge). These devices, which only work with refractors, resemble a star diagonal but they pass just a tiny fraction the Sun’s light into an eyepiece or camera for safe solar observing. In this review, I take a look at the 1.25” solar wedge offered by Lunt Solar Systems, which serves as a relatively affordable choice for white-light solar observers looking to get sharp images of features in the Sun’s photosphere.

(SAFETY NOTE – When using a solar wedge, there is no additional filter over the objective of the telescope to prevent the Sun’s intense light from entering. For that reason, solar wedges ONLY work with refractors up to about 150mm. They must NEVER be used with Newtonian, Schmidt-Cassegrain, or Maksutov-Cassegrain telescopes because the Sun’s unfiltered light can build up to a dangerous intensity on the secondary mirrors and cause damage to the scope.)

Using a Solar Wedge with a Small Refractor

At a relatively light 8 oz, the 1.25” Lunt solar wedge looks like a small star diagonal. It features an all-metal housing and nosepiece, and a (non-removable) eyepiece/camera holder with a compression ring. Within the diagonal sits the glass Herschel wedge itself, which passes just a few percent of the Sun’s light. A fixed ND3 filter further reduces the intensity to a safe level. The Lunt wedge is well constructed, but it’s not something you want to drop or treat carelessly. Fortunately, the wedge comes packed in a small hard case with fitted foam interior to keep it protected during storage and transport.

The Lunt solar wedge includes a hard stop on the eyepiece side to prevent damage to the ND filter when inserting an eyepiece or Barlow lens. It’s also robust enough to hold my small William Optics binoviewer and two small 20mm Plossl eyepieces.

Unlike a regular star diagonal, a solar wedge needs to manage heat dissipation. Only about 10-5 of the Sun’s light passes through the solar wedge and ND filter. The rest is ‘dumped’ to a diffuser plate that dissipates the unwanted light and heat. The Lunt wedge indicates the outside of this cavity with a red metal plate as a warning that it may get hot to the touch. When I tested the wedge with an 85mm refractor, I noticed the plate grew warm after a few minutes, but it didn’t grow uncomfortably so on a 60oF day even after 30 minutes of continuous viewing thanks to passive heating vents near the top. Larger scopes might produce more heat, but it’s easy enough to cool things down by capping the telescope for a few minutes or turning it away from the Sun.

On a day of relatively good seeing, I popped a 9mm Tele Vue DeLite eyepiece into my 85mm f/7 refractor for a magnification of 67x and field of view just under one degree, enough to frame the Sun nicely. The few moderate-sized sunspots present appeared crisp and contrasty and sharply etched into solar disk with a clear separation of umbra and penumbra with smaller pores visible nearby. Brighter faculae were also visible near the Sun’s limb, and the photosphere itself, the part of the Sun visible to us, appears as a pure and pleasing white compared to the slightly filtered orange or purple-white views offered by solar film. I could also see hints of solar granulation at this magnification, which appeared as a ‘sandpaper’ texture on the solar disk. Adding a 2x Barlow partially resolved the solar granules, which are about 2” across. The Lunt solar wedge clearly allowed the telescope to work near the limits of its diffraction-limited resolution and the seeing conditions. In my past experience with various glass and film solar filters, even in good seeing conditions I could not see this level of detail.

With the 85mm scope and with a smaller 66mm refractor, especially at lower magnification, the solar disk was a little bright for my eyes. A simple polarizer threaded on the end of the eyepiece was a big help. Light emerges from the solar wedge already polarized, so I only needed to rotate the eyepiece in the focuser to vary the brightness of the image to a comfortable level. This also helped bring out the brighter solar faculae. Users of this solar wedge should set aside a few extra dollars to get a 1.25” polarizer. According to Lunt, there’s no need to add an additional UV/IR or energy rejection filter for safe observing with the wedge as long as the 1.25” version is used with refractors of <100mm aperture and the 2” version is used with refractors of <150mm aperture.

Daytime seeing didn’t allow any useful visual work at higher magnification, a common problem with solar observing, so I swapped the eyepiece for a small camera, the ZWO ASI290MM outfitted with a 1.25” nosepiece. The small 2.9-micron pixels on this camera critically sample the solar disk at a focal ratio of about f/14, so with Lunt wedge in the TV85, I added a 2x Barlow (after the wedge, NOT BEFORE), and inserted the camera into the Barlow. I also threaded a Baader 540nm solar continuum filter and UV-IR blocking filter on the 1.25” nosepiece of the camera to help keep the images as sharp as possible. I captured video clips of the solar disk with SharpCap 4.0 and followed standard ‘lucky imaging’ techniques to stack the best 25% of captured frames in Autostaakert 3 and processed them with ImPPG and Photoshop. A close-up image of the solar disk revealed groups of moderate-sized sunspots, smaller pores, and solar granulation. In an image of the solar limb, I could see sunspot groups and faculae and clear evidence of the Wilson effect in which the sunspots appear below the rest of the photosphere. As with visual observing, the image sharpness in these stacked images is impressive, better than I’ve ever been able to capture with solar film with the same optical set-up.

While white-light solar observing isn’t as ‘in vogue’ as narrowband H-alpha observing, there’s still plenty to see on the Sun at broadband visible wavelengths, especially as solar activity and sunspot numbers ramp up. For solar observers seeking the best-possible image quality in white light, the Lunt 1.25” solar wedge, while pricier than glass or film solar filters, is highly recommended. 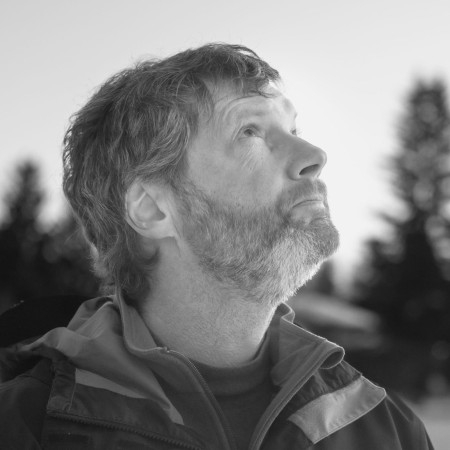 Brian Ventrudo is a writer, scientist, and astronomy educator. He holds a Ph.D. in engineering physics from McMaster University and an M.Sc. degree in astronomy from Western University. During a twenty-year scientific career, he developed laser systems to detect molecules found in interstellar space and planetary atmospheres, and leveraged his expertise to create laser technology for optical communications networks. Since 2008, Brian has taught astronomy to tens of thousands of stargazers through his websites OneMinuteAstronomer.com and CosmicPursuits.com.