Astronomers and astrophotographers are in a constant battle with light pollution. For those capturing data from close to cities and suburbs, light pollution is something that cannot be avoided, so it must be managed instead.

My preferred solution for broadband imaging (capturing most wavelengths of light from the target) is the Chroma LoGlow light pollution filter ($355 for the 36mm size). Comparing it with a normal luminance filter (Astrodon) produced some very interesting results.

The glow from city lights can be detected by sensitive cameras for hundreds of miles. A lot of city and road lights produce emission at specific wavelengths, including low-pressure sodium, high-pressure sodium, metal halide, and mercury vapor. Light from LEDs is more difficult to deal with since they emit light across a broad spectrum rather than just isolated wavelengths.

Estimate your local light pollution with the website linked at the end this article.

Effect of Light Pollution on Images

Capturing galaxies and other broadband targets like reflection nebulae and clusters requires capturing the full spectrum of visible light, from red to blue (wavelengths from about 400nm to 700nm (nanometers)).

Below are two images of the Whirlpool Galaxy taken though a regular luminance filter using a mono CMOS camera from two locations, showing the effect of light pollution. The loss of faint detail is obvious in the light polluted image (right), highlighting the need for a light pollution filter.

There are several types of filters that can help reduce the effects of light pollution on your images.

1.Narrowband Filters: These allow only the light from specific wavelengths of ionized gases, such as ionized hydrogen, oxygen, and sulfur, blocking out the rest of the spectrum. They are extremely efficient in dealing with light pollution but can only be used for certain nebulae that emit mostly these wavelengths, not full spectrum targets.

2. Ultra-High Contrast “UHC” filters: These filters are more effective for emission nebulae, designed to allow regions of the spectrum associated with ionized gases. They’re not suitable for broadband (RGB) imaging since they block all the light from 540nm to 650nm. Images of full-spectrum objects like galaxies would thus lack a lot of the light they send (signal), and it would throw the color balance way off. 3.Selective Broad-Band Filters: These filters are preferred for broadband imaging since they allow most wavelengths of visible light to pass while blocking only the wavelengths of major light pollution sources. The color balance is much better with these filters.

Below is the transmission graph of the Chroma LoGlow with the wavelengths it lets through highlighted in green.

Note how it selectively blocks specific visible light wavelengths where the major emission lines of artificial lights are found:

Several manufacturers offer broadband light pollution filters, including the Chroma LoGlow, IDAS filters from Hutech, and the L-Pro from Optolong.

The L-Pro and IDAS filters block more of the light from areas of the spectrum that we want to capture than the Chroma LoGlow. The Chroma also blocks the unwanted wavelengths with steeper and narrower cut-offs, meaning less of the light we want is blocked.

The graph below shows that the Chroma (black curve) has higher transmission where needed, allowing more signal from the target to pass through. The L-Pro transmission is the red curve, which has less total area under the curve and thus less total light throughput.

The image subs were taken at the same session and with the same setup. Images were calibrated, stacked, and auto-stretched.

The Heart Nebula was selected for its faint details that can be compared with the background.

The setup components were:

Below are the pixel value measurements of the bright part of the Fish Head Nebula and the background with each filter. Tests with galaxies showed similar results. The measured sizes of the stars (FWHM) were the same with both filters.

Imaging from darker sites is always best. For most of us, however, that isn’t always convenient, or even possible, on a regular basis.

Even from my moderately light polluted location, I’m able to see and measure definitive positive improvements in my images using the Chroma LoGlow. I suspect the improvements will be even greater from locations with more light pollution (e.g., Bortle 7-9).

One point to note is that the filters are only 1.1 millimeters thick in all sizes, meaning mixing them with 3-millimeter thick filters will have some spacing challenges when used with reducers/correctors, or with off-axis guiders. Also, when imaging from dark skies (Bortle 1-4), a regular luminance filter will have an advantage as it will allow more signal to pass through.

Given its relatively reasonable price tag, I’d say the Chroma LoGlow is definitely worth the gain in extra signal to noise ratio, especially if it saves having to drive a few hours to a darker site! 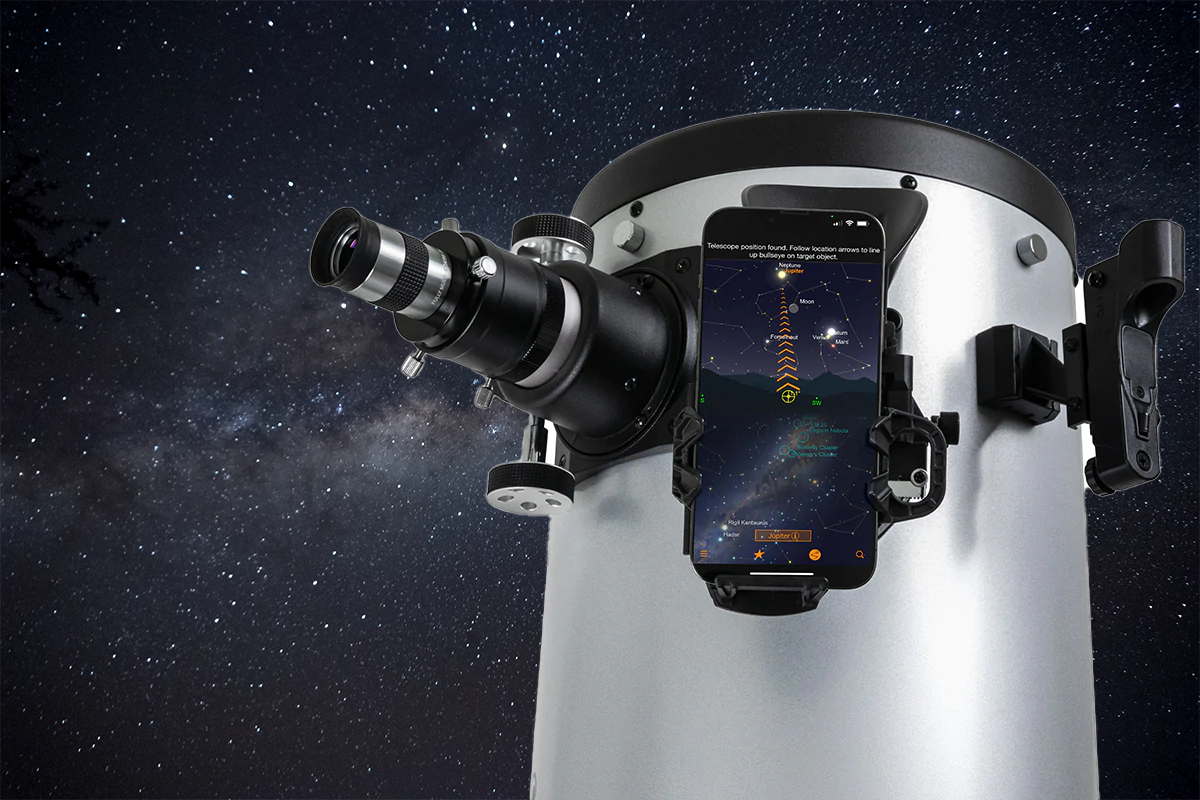