A great place for starting with your first telescope is a small refractor. While children of the 1970s like me remember flimsy toys with plastic lenses out of a company catalog, newer entrants in this category allow people to explore the sky with more stability and safety.

Celestron‘s new Popular Science 70mm Travel Scope brings back memories of when I first got started. I recalled the thrill of finding things for the first time, along with the humbling realization that a steep learning curve in observational astronomy awaited.

The Popular Science 70mm Travel Scope presents compromises for the beginning astronomer. I give kudos to Celestron for getting the pictures and packaging right, and not promising “views at 1000x!” while showing splashy and unrealistic Hubble Space Telescope photos. That said, the telescope suffers from a wobbly tripod and a Barlow lens that is unnecessarily frustrating at the magnification of a small scope.

Let’s dive into the details. The telescope comes with:

The telescope itself has a 70mm aperture, 400mm focal length, and a weight of four pounds in the provided backpack with all the gear included.

At low power, the telescope yields a wide two-degree field of view at about 25x magnification, providing great full-disk views of the Moon. We could easily spy the rings of Saturn, the Galilean moons, and the major cloud belts of Jupiter. It can also resolve wide double stars such as Albireo.

Imaging the Moon with the supplied phone adapter was tricky, owing to the unsteadiness of the tripod. Putting the scope on a beefier camera tripod made the job of imaging the Moon through the telescope much easier.

What we like: The telescope is a ‘serious’ refractor with little aberration, a real finder scope, and actual 1.25-inch barrel eyepieces, instead of the cheap 0.965-inch pinhole eyepieces provided with department store refractors years ago.

What we don’t like: The tripod, while light and ultra-portable, is also very flimsy, especially when extended out all the way. It’s a little more stable when it’s retracted and placed on a tabletop. Using a wobbly tripod is a truly frustrating experience. The good news is that the telescope has a universal ¼-inch camera adapter on the bottom to allow attaching it to other tripods. You can pick up a sturdier camera tripod for $10 at a thrift store or yard sale for an easy upgrade.

How does it compare with other student refractors out there? At a $99.95 list price, the Travel Scope 70mm is comparable to other entry level, short tube starter refractors on the market. Celestron’s long focal length 60mm scope sells for a similar price at $99.99. For about $229.99 you could get a tabletop Orion StarBlast 4.5-inch reflector, which is another great entry level telescope.

Bottom line: Celestron’s Popular Science Travel Scope is a good student telescope for the price, and is easily upgraded to a sturdier mount. It also teaches a budding astronomer an important lesson, that ‘the mount, makes the scope.’ 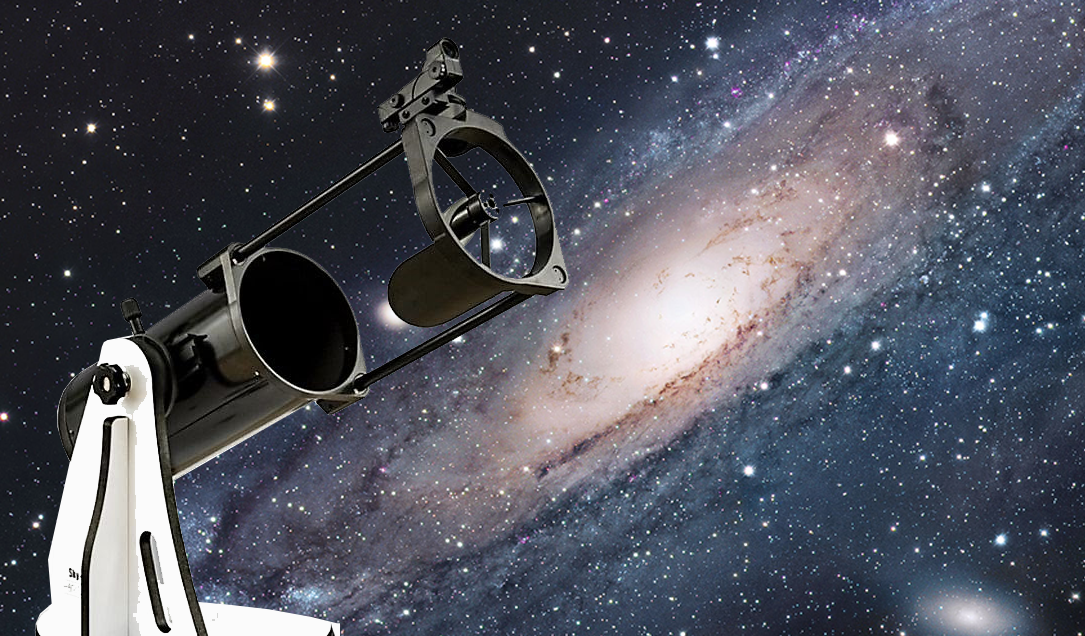 Anyone who’s ever tried afocal photography will know why it is not ideal to hold a smartphone to the eyepiece of a telescope. Attending...