Dualband filters have opened the world of convenient narrowband imaging to One-Shot Color (OSC) camera users. Askar is hoping to shake things up further with the release of their Colour Magic D1 and D2 filters (MSRP $549) which allow for full SHO imaging when used together.

Narrowband imaging used to be the preserve of astrophotographers using mono cameras and three key filters: Hydrogen-alpha (Ha), Oxygen III (OIII), and Sulfur II (SII). A few years ago, however, the introduction of dualband filters hugely increased the versatility of OSC cameras. These new filters, such as the Optolong L-eXtreme (MSRP $309) allowed OSC imagers to capture Ha and OIII wavelengths using just one filter. While not quite as effective as a mono camera using three dedicated filters, the results proved to be surprisingly effective, even from the light pollution of a city, while being much cheaper. There was always a catch, though: the lack of SII data. Dualband imagers had to choose between creating bi-color images or using software solutions to create a pseduo-SII channel.

Enter Askar, who have just released a new set of 6nm dualband filters aimed at OSC imagers, currently available 2” mounted. The first of these, the D1, is fairly standard, capturing Ha and OIII data. The D2 is what could be a game-changer, capturing SII and OIII. By combining data from these two filters, Askar claims the results are very similar to using a mono camera and a full set of filters.

As an OSC imager, I was very excited to put these filters through their paces. I already had eight hours of Askar Colour Magic D1 data on the Elephant’s Trunk Nebula taken for my dualband filter shootout article on AGT. I took another eight hours using the D2 filter, all with an Askar 130PHQ (reviewed for AGT here).

After integrating the two stacks in PixInsight (AGT review here) and applying a quick autostretch, it was evident that the two filters were indeed collecting different wavelengths of light.

There are different ways of reaching this step, and what I’ve outlined is a simple approach just to convey the general idea. Once you have the SHO channels, you’re into the workflow of mono imagers.

Target one: The Elephant’s Trunk Nebula

There are as many different processing workflows as there are astrophotographers, so I simply aimed to produce a colorful image to bring out the data that these filters captured. I was pleased with the result, in particular with the blues that often prove elusive when processing regular Ha OIII dualband data.

There were some challenges, such as overly purple stars, that I did my best to deal with. Experienced mono imagers would no doubt take all this in stride but OSC imagers may need to learn a few new tricks. (I found PixInsight’s “CorrectMagentaStars” to be useful).

As mentioned earlier, Ha OIII dualband imagers have the option to create a pseudo-SII channel during processing. This is quite simple in PixInsight thanks to a one-click process described here. How would an Ha OIII image processed using this technique compare? To test, I created an image from a 22-hour integration from my Bortle 8 city center using purely Ha and OIII data (specifically, 11 hours from an Askar Colour Magic D1, and 11 hours from an Optolong L-Ultimate 3nm (MSRP $389). Here’s the result:

A quick straw poll among fellow astroimagers, as well as non-astro friends, revealed a split in opinion over which image is better. Personally, I prefer the pseudo-SII version, which may be because the image was slightly higher quality as a result of the cleaner 3nm Optolong L-Ultimate data.

The Heart Nebula has plenty of OIII, so I decided it would make a good second target for my tests. I collected 12 hours of data using the Askar Colour Magic D1, and then another 12 hours using the D2.

I found this easier to process than The Elephant’s Trunk Nebula, perhaps due to the increased levels of OIII. I was very happy with the color palette I managed to bring out, with the shades of blue in particular being something I’ve always associated with SHO mono images. The left part of the nebula is almost rainbow-like. I consider the result to be quite remarkable, especially from a city center.

I then tried making an Ha OIII version with a pseudo-SII channel using data from only the Askar D1. The result is respectable but lacks clarity, likely because it’s half the integration time. Try as I might though, I just couldn’t reproduce the glorious colors of the Askar D1 D2 combination.

It’s clear that Askar has produced something very impressive with their Colour Magic D1 and D2 filters. Study the Heart Nebula picture in particular and remind yourself that it was taken using an OSC camera!

Of course, it’s important to consider cost. The Askar Colour Magic D1 and D2 filters can be bought individually for $279 each, or as a pair for $549. Optolong has recently released their L-Ultimate Ha OIII dualband filter, which with an MSRP of $389 is more expensive than the individual Askars but has 3nm bandpasses compared to the Askar D1 and D2’s 6nm. Check out AGT’s Dualband Filter Shootout for examples of how 3nm is superior to 6nm.

This presents OSC imagers with a dilemma: buy the Askar D1 and D2 filters, which allows for SHO imaging but at 6nm; or save $160 opting for an Optolong L-Ultimate filter and be content with bi-color or pseudo-SII processing but with the narrower 3nm bandpass and the simplicity of using one filter instead of two. There’s not a clear-cut optimal answer, and it’s down to individual imagers to decide the best route for them.

Note that Askar has their own 3nm Colour Magic Ha OIII filter (MSRP $539) that I’ll be reviewing soon. Askar says they’re not currently planning on releasing a 3nm SII OIII filter. I think this is a shame as it feels like Askar has come so close to causing a seismic shift for astroimagers. Imagine these D1 and D2 filters, but at 3nm and priced competitively. That would elevate them from impressive to truly incredible.

As it stands, the Askar D1 and D2 filters are still interesting propositions that could siphon imagers away from mono set-ups. If you’re a purist and want the absolute highest image quality, scientific accuracy, and flexibility, then mono still is – and likely always will be – the answer. But with filters like the Askar Colour Magic D1 and D2, you can choose OSC and get close for a much lower cost. 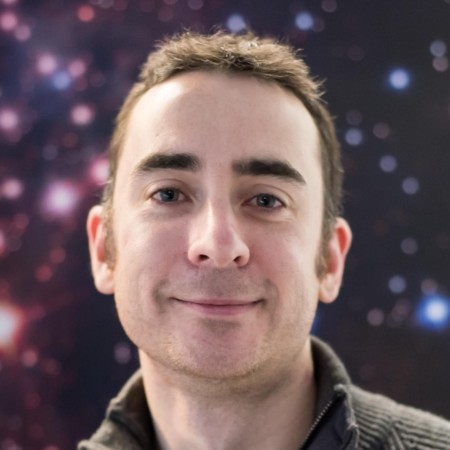 http://urbanastrophotography.com
Lee Pullen is a science writer and communicator from the city of Bristol, UK. He has a degree in Astronomy and a master's in Science Communication. He began his career writing for organisations including the Hubble European Space Agency Information Centre and the European Southern Observatory, as well as becoming Staff Writer for the International Year of Astronomy 2009, the world's largest ever science outreach initiative. Lee runs the website UrbanAstrophotography.com