HomeReviewsBinocularsAre the Latest Canon Image Stabilizing Binoculars a Worthy Upgrade?: 12×36 IS III vs 14×32 IS

Pros: Both have effective image stabilization.

Cons: Neither is waterproof; both have poor eye relief.

Superficially, the Canon 12×36 IS III and Canon 14×32 IS binoculars appear very similar, with textured rubber armor and protective rubber bumpers around the objective lenses. They both have eyepiece turrets that incorporate Porro Type II prisms. The center-focus wheel extends between them from the body and battery compartments – which take readily available AA batteries – on the underside of the body. The specifications show that they both have Canon’s proprietary “Super Spectra” anti-reflective coatings on the lenses. Both have the same generous inter-pupillary distance (IPD) range of 55-75 mm, and both have an eye relief of 14.5 mm.

Closer examination begins to reveal cosmetic differences: the 14×32 has two image stabilizer buttons whereas the 12×36 has one, and the focus wheel on the 14×32 is broader. Surprisingly, given its smaller aperture, the 14×32 is also about 4 ounces (100 g) heavier. The 12×36 focuses by moving the objective lens, whereas the 14×32 focuser moves an internal lens group. Neither binocular has sufficient eye relief to enable the full field of view to be visible if you wear eyeglasses. The 14×32 is slightly worse in this respect, as its folded-down eyecups take another 3 mm off the eye-relief, effectively reducing it to 11.5mm. However, both binoculars have enough “beyond infinity” focal range to accommodate all but the most severe optical focus defects and the small exit pupils, especially for the 14×32, reduce the effects of astigmatism.

In use, they are very similar. Control of stray light is excellent in both, with no spurious ghost images when the lunar limb or terminator was held just outside the field of view. Both show a small amount of off-axis chromatic aberration, and both have good flat fields. This enabled them both to resolve Io when it was close to the glare of Jupiter’s disc. The extra magnification of the 14×32 gave it a small advantage here, as it did when I looked at Messier 35 (NGC 2168), which appeared fainter, but more granular as more stars neared resolvability.

As you would expect, the 12×36 has a noticeably brighter image, but the difference in what you can actually see is less than I expected from this.

But what you really want to know about is the image stabilization (IS). While both are excellent, the 14×32 has a slight edge as it will compensate for a 25 percent greater amplitude of shake. Both provide about an extra quarter of a magnitude of depth when IS is activated. That doesn’t sound like much but it is immediately apparent on open clusters like the Pleiades (M45) or Praesepe (M44).

With both binoculars it is possible to tense your arms and hands to induce a powerful shiver, and experience the surreal effect of a perfectly still sky surrounded by the shaking field-edge of the binoculars. Where the 14×32 excels is when you are panning. It has two different stabilization modes, labelled “stabilizer” and “powered is” (IS). Use the stabilizer mode, which eliminates shake but does not try to oppose large movements, when you are panning around the sky then, when you acquire your target object, switch to powered is mode, which compensates for both kinds of motion. The 14×32 also has more sophisticated powered-is switching: press and hold the button, and it turns off when you release; press and release and it will stay on for five minutes or until you press it again It will turn off automatically if the binoculars face vertically down for more than ten seconds.

The 12×36 uses the same Vari-angle prism IS system as the waterproof 10×42 IS that Jamie Carter reviewed here.

It seems the 14×32 wins on everything in the optical department except brightness, but things are less clear cut with the ergonomics. Not only is it heavier, but it’s eyepiece barrels are larger, so there is only a very tight 8mm between them at minimum IPD, compared to the 17mm in the 12×36. The other department where the 12×36 wins is price: it is only a little more than half the price of the 14×32. Only you can decide if the qualities of the 14×32 are worth the extra to you. 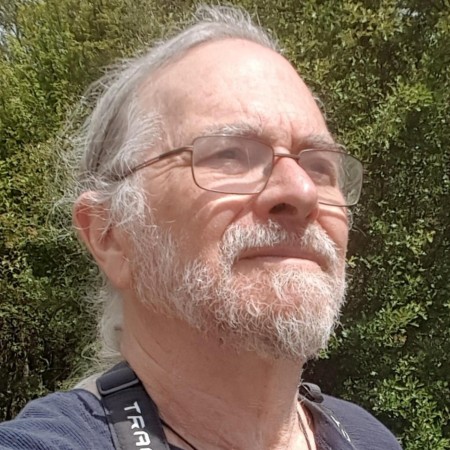 I first tried to use binoculars for astronomy in 1957, when my father took me outside to see if we could spot Sputnik. I was hooked! In 2011, I started The Binocular Sky website, to promote this aspect of astronomy. This led to me being invited to write a monthly Binocular Tour for BBC Sky at Night Magazine, for which I also write equipment reviews and articles on practical astronomy. I also teach astronomy courses, am a STEM ambassador, and do practical astronomy outreach with people of all ages. I am a speaker on the UK astronomy society circuit. Ask any experienced amateur astronomer about sweeping the Milky Way or viewing larger objects like the Andromeda Galaxy and you’ll often hear the same... Nikon has upgraded their entry-level ProStaff line of binoculars, with a noticeable improvement in quality. I’m always on the lookout for new binoculars of... While best known for their line of giant binoculars, Ohio-based Oberwerk (who used to be called BigBinoculars.com) also offers more modest aperture binoculars that...