Catadioptric (or compound) telescopes use a combination of lenses and mirrors to bring astronomical objects to the eyepiece. They can be thought of as hybrids between the lens-based refractors and the mirror-based reflectors, and their short, stubby profiles are easily recognizable out in the observing field.

There are many different types of compound telescopes, but the Schmidt-Cassegrain Telescope (SCT) remains the most popular by far. Light passes through a flat-looking corrector plate at the front of the telescope, bounces off a primary mirror in the back, and then gets reflected out the back of the telescope via a secondary mirror, to the eyepiece.

The SCT market has been dominated by two companies – Meade and Celestron – since the 1970s. Both make several SCTs models recommendable for the amateur. The sweet spot, taking into account size, price, and portability, seems to fall within the 8” models. Meade has made several 8” SCTs with model numbers like 2080 and (in several variants) the LX. Celestron has kept their model numbering consistent – most are all simply called “C8.”

If you are looking for more portability, Celestron makes a 5” model called the C5, and within the past few years both Meade and Celestron have come out with 6” SCTs. At the other end, if you thirst for aperture, both companies made larger models, topping out at massive 14” and 16” sizes.

After the SCT, the most common compound telescope is the Maksutov-Cassegrain. The Maksutov appears at first glance to be similar to the SCT, but look at the front and you will see a deep-dished curved corrector plate, in contrast to the SCTs flat-looking plate. Maksutovs, with their f/ratios in the f/13 to f/15 range, are optically slow compared to their f/10 SCT cousins, and are therefore less often used for photography. The Maksutov design has developed a cult following among lunar, planetary, and double star observers. Adherents claim the Maksutov’s sharpness is second only to that of a first-rate refractor.

For many years, the only Maksutovs available to the public were extremely expensive units sold by Questar. Then, in the mid 1990s, Meade came out with a low-priced clone of the Questar 3.5″ called the ETX. Many other manufacturers soon followed suit, and today the potential Maksutov buyer has many choices, at all price levels. While the clones do not have the jewel-like construction, nor the ultra-strict quality control of the Questar, many of them can perform excellently. Today, Maksutovs can be found in the 3.5” to 7” range.

As with any telescope, it is important to select a sturdy mount for your SCT. Mid-sized mounts like Celestron’s CG-5 or AVX (or its AVX clones) will do nicely. If you have an SCT larger than 8” you will need to be very careful to pick a first rate mount like the Losmandy G11, Orion Atlas, Celestron CGEM, or equivalent.
Finally, remind yourself that your telescope is just a tool. The tool can teach you science, it can give you pleasure, or both. Whether you have a commonly available C8, an expensive Questar, or an old beat-up second hand C5, be sure and get out every chance you can to use it.

Clear skies to you all! 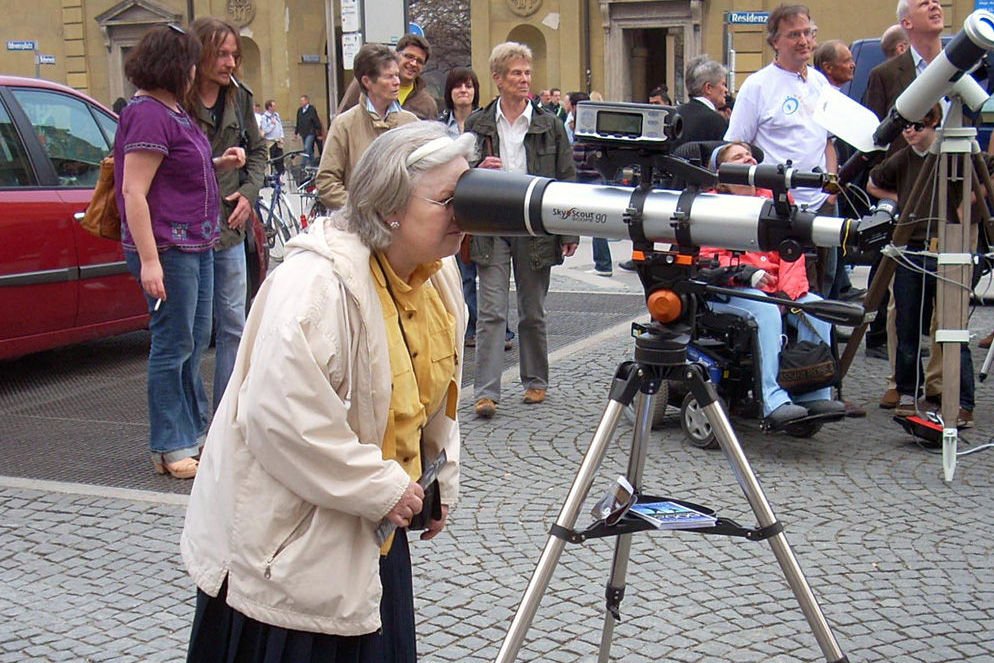